Balance of payments and international trade

The balance of payments consist of three main accounts plus one special account, which is called errors and omissions. The three accounts are:

Current account includes transactions that have been completed during the accounting period, and which directly affect disposable income and accordingly the consumption of goods and services. Read more about the current account of the balance of payments.

Capital account includes some special transactions of a one-off nature.

The balance of payments is included in the Sector Accounts of the National Accounts as S.2 rest of the world. In this way, the sum of the surplus (credit items minus debit items) on the current account and capital account, called Denmark’s net lending/net borrowing vis-à-vis the rest of the world, is identical with the net acquisition of foreign financial assets in the National Accounts. 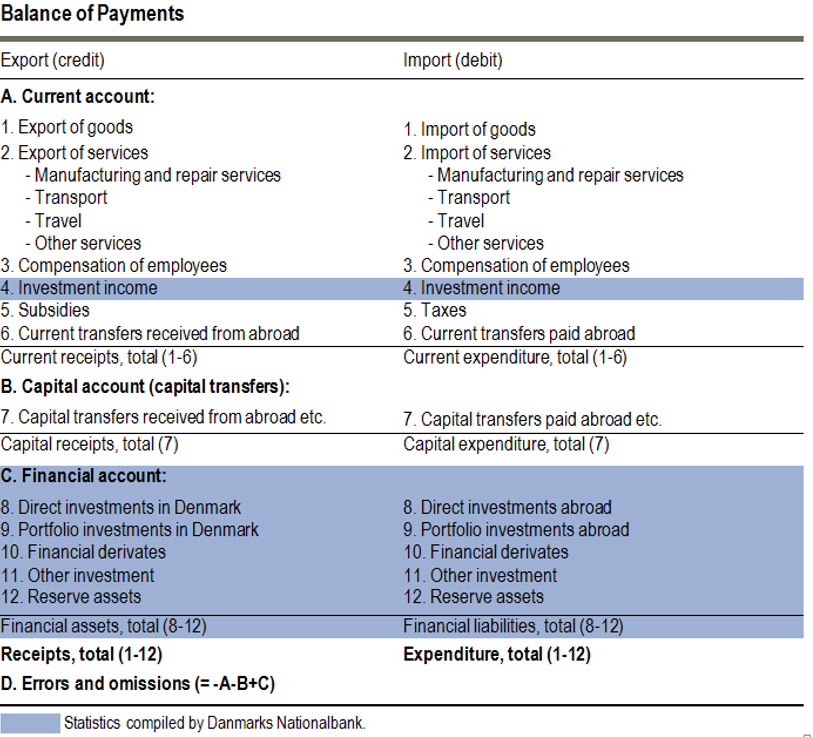 
Related content in Balance of payments and international trade

For a long period, Denmark has had a surplus on the balance of payments. The manufacturing industry contributes massively to the balance of payments surplus because the sector has extensive net exports of goods. Danish industrial groups have increasingly become globally organised producing goods across borders.