Short about the figures

Where are the figures coming from?

Why is the LFS carried out?

The LFS is conducted
- to analyse the population's status in relation to the labour market and
- to compare results across EU borders.

All EU Member States conduct the Labour Force Survey in accordance with homogeneous principles and thereby the Survey forms the most appropriate basis for international comparisons of labour market statistics used by the EU and the OECD.

How is the LFS carried out?

The LFS comprises 75,000 interviews conducted every year concerning subjects relating to the labour market.
LFS unemployment shows unemployment among persons who want to work from a few hours per week to full-time. The LFS has been published annually since 1984 and quarterly since 1994.
The quarterly LFS unemployment level is projected monthly by Eurostat on the basis of the register-based unemployment. The projection is adjusted when the new LFS figures have been published.

Who is included as unemployed in the LFS?

LFS unemployment is based on the international definition, which was laid down by the International Labour t Organisation (ILO) in 1982. The ILO definition is operationalized in the LFS to provide a picture of the number of per-sons who are, in real terms, available for work. See table 1.

When should LFS unemployment be used? 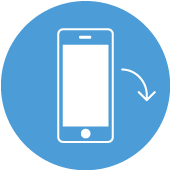